The Primitive or Original Way from Oviedo to Santiago, 16 days/15 nights 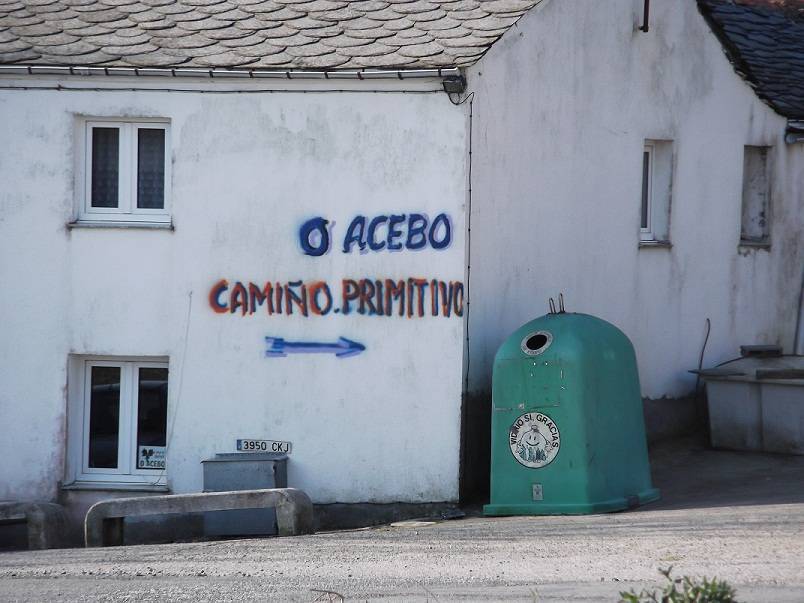 
The Original Route or Camino Primitivo was the first used to reach Santiago de Compostela, when in the 9th century most of Spain was under Moorish control. This was the route traditionally followed by pilgrims from further afield in Northern Spain and Europe. This Camino is one of the most challenging of all the routes but the scenery is simply breathtaking. The route crosses the Cantabrian mountains, giving walkers outstanding views of the Picos de Europa mountain range, and winding through quaint mountain villages in Asturias and Galicia. It includes the city of Lugo, with its old town nested inside the only fully preserved Roman walls in Spain, which is an impressive UNESCO World Heritage site. From Lugo, the Original Route continues towards Santiago de Compostela through peaceful forests and farmland, joining the final stretch of the French Route at the lively town of Melide, where you should try Galicia’s most famous dish: octopus.


PRICE PER PERSON BASED ON DOUBLE ROOM

1st day: ARRIVAL IN OVIEDO
Fill in your pilgrim’s passport and get ready to start the Way. Before you do, explore the delightful city of Oviedo, the capital of Asturias, which is also a busy and lively university town and has been a pilgrimage destination for many centuries. Make sure you visit some of the city’s many monuments, such as the elegant cathedral of Our Saviour, the 9th century church of Saint Michael of Lillo, the church of Saint Thyrsus and the monastery of Saint Vincent, home to the Archaeology Museum of Asturias.

2nd day: OVIEDO - GRADO (28 Km - 5h - difficulty 2/3)
Your walk begins in the centre of Oviedo at the Cathedral of The Saviour and moves west out of the town. After passing the chapel of El Carmen in Lampajúa (Llampaxuga), the trail moves downhill to Ponte de Gallegos. The path from here follows the wonderful River Nora before making a steep climb to the picturesque village of Escamplero. You will cross the River Nalón on your way to the village of Grado.

3rd day: GRADO - SALAS (23 Km - 4h30 - difficulty 1/3)
Today starts off with a relatively tough five-kilometre climb to Alto del Fresnu. The next part of the stage becomes easier, descending through small villages and hilly farmland, passing the Monastery of Our Saviour, which is well worth a visit. After Cornellana, there is some more climbing past many hórreos, granaries which are typical of the Asturias region, before the gentle approach to Salas.

4th day: SALAS - TINEO (22 Km - 5h - difficulty 2/3)
Although this is a relatively short stage of the Camino, it is also quite a tough one due to the amount of climbing. However, most of the climbing takes place in the first part of the day, making for an easier second half. After a short walk along the main road, the Camino moves on to a more peaceful path that takes you up to La Espina.

6th day: POLA DE ALLANDE-BERDUCEDO (20 Km - 6h15 - difficulty 3/3)
Today is another challenging day, beginning with an ascent of almost 600m to reach the summit of Puerto del Palo. Here, your climb will be rewarded with amazing views of the Cantabrian mountains. This is followed by a drop of 250m on what is called the “Camino de los Hospitales”, so be prepared and be careful!


7th day: BERDUCEDO - GRANDAS DE SALIME (18 Km - 4h30 - difficulty 2/3)
Of all the sections on the Original Route this is probably the toughest, but it is also the most rewarding. From Berducedo you will climb to Aerogenedores  wind turbine which sits at an altitude of 1,100m. From here, you will have magnificent views over the River Navia, the Salime reservoir and the surrounding mountains. After this, there is a sharp descent, where you will drop 900m in just 7Km to the Salime reservoir dam. The Camino follows a gentle climb from here to Grandas de Salime.

8th day: GRANDAS DE SALIME - A FONSAGRADA (28 Km - 7h - difficulty 2/3)
You will begin today’s walk with another sharp climb to El Acebo which sits at 1,050m. From here, you will be treated to spectacular views of the Cantabrian mountains and move from Asturias into Galicia, the land of the Celts. Today’s destination of A Fonsagrada comes after the villages of Fonfría and Barbeitos. The town of A Fonsagrada is reputed to have been the site of one of the miracles of the Apostle Saint James. It is said that after being approached by an impoverished woman, he turned the water from the fountain in the centre of the town (Fons Secra) into milk for her children.

9th day: A FONSAGRADA - O CÁDAVO (26 Km - 6h45 - difficulty 2/3)
From A Fonsagrada the trail goes through A Pobra de Buron on what is known as the “Camino de Oviedo”. You will see the ruins of Hospital de Montouto on a hilltop, which was once the most important mountain hospital in Galicia. The Camino then follows a path through the villages of Calzada, A Lastra and A Fontaneira on the way to O Cadavo Baleira. The town is regarded as being the second most important community on the Way’s Original Route. It is said that Alphonse II the Chaste fought the Moors in battle nearby.

10th day: O CÁDAVO - LUGO (32 Km- 7h45 - difficulty 2/3)
On the way to the lovely old village of Pradeda, you will go past some of the slate mines that this particular area is famous for. The village itself is home to a number of old thatched dwellings known as “pallozas”. You will go past the convent of Saint Francis of Vilabade on the way to Castroverde, after which you will see the unusual abandoned village of Soutomerille, which is located in a spectacular setting. After a walk through more agricultural land, the Camino arrives in Lugo, with its rich Roman heritage and impressive walls.

11th day: LUGO - A PONTE FERREIRA (29 Km - 6h45 - difficulty 1/3)
The Camino leaves Lugo through the oldest gate in the city walls which is called the Porta Miñá. From here, you will walk to the quarter of Saint Lazarus and cross the old Roman bridge. After a few kilometres, you will go past a national monument and museum known as Santa Eulalia  de Bóveda, housing some of the most fascinating early medieval paintings in the entire Iberian Peninsula. The trail then heads to San Román de Retorta through farmland and woodlands.

12th day: A PONTE FERREIRA - MELIDE (20 Km - 5h - difficulty 2/3)
The Original Route, or “Camino Primitivo” as it is also known, follows ancient tracks that are still very much in use today. These paths join up the many small country villages and hamlets in the area, such as Seixalvo, Xende, Ferreira and Merlan. The route continues through Toques and into the historic town of Melide in Corunna. This is where the Way’s Original Route joins with the French Route. You should take the opportunity to sample ”pulpo” (octopus) in one of the many ”pulperías” in town and grab a few ”melindres”, the town’s traditional aniseed cakes.

13th day: MELIDE - ARZUA (13 Km - 3h45 - difficulty 2/3)
Today's stage runs between eucalyptus trees and Medieval bridges, including the most idyllic location on the Camino, Ribadiso do Baixo, near Arzua. Remember that Arzua leads to the designation of origin of its famous cheese.

14th day: ARZUA - RUA (18.5 Km - 5h - difficulty 1/3)
Today’s route is a nice and easy walk over gentle slopes through woodland, alternating with stretches near the road, we have to go through sometimes areas, ending in Rua (500 m before the village of Pedrouzo). Don't miss the beautiful sculpture of Saint James the Pilgrim in the Church of the same name in Boente.

15th day: RUA - SANTIAGO DE COMPOSTELA (18.5 Km - 4h30 - difficulty 1/3)
The last stage on your Camino de Santiago. The proximity of your goal will bring mixed feelings. On one hand, you will be eager to reach the desired end of the journey, yet on the downside, the feeling that comes to every pilgrim is that the journey is over. A stage of anxiety and joy, where distance does not matter, because you are “already there”. The route today is flat, except for the climb to San Marcos, from Lavacolla, passing Monte do Gozo and down to Santiago de Compostela. The entire city of Santiago de Compostela is magical, but especially its Cathedral, which deserves a special visit.

16th day: SANTIAGO DE COMPOSTELA
After breakfast, go to exchange your pilgrim’s passport, if you haven’t already done it. Alternatively, we suggest you visit the cathedral and the surrounding areas or attend a pilgrim mass.